On the biggest issue facing Britain since World War Two, the man hoping to become Prime Minister has no opinion.

LET no one pretend that this week’s Supreme Court charade is some noble defence of our democracy.

It is a stunt by rich Remainers whose only concern for democracy is that it must always deliver what they want.

Failing that, their money, fancy QCs and our courts must do so instead.

This weekend our top judges will ponder whether Boris Johnson suspended Parliament unlawfully, not to set up a new programme for Government but to avoid scrutiny of his Brexit strategy.

But courts should have no veto over political decisions. Not unless we want to be ruled by unelected judges and unelected millionaire litigants, on top of unelected peers and unaccountable Speakers.

And if these judges do now demand Parliament’s recall, what will Remainer MPs do with all their new sitting time?

They have already passed their law to “prevent No Deal”. And they are too ­terrified of voters’ rage to topple the Government and face an election.

What else is there? Unless they intend to go for broke and deploy their own Bercow-backed pseudo-Government to revoke Brexit entirely.

This case has been an act of stupid, reckless constitutional vandalism — undermining the PM just as progress towards a new deal IS being made, as even Jean-Claude Juncker concedes.

As for the spurious arguments against Boris, we recoil at the hypocrisy of John Major claiming that letting a PM suspend Parliament could enable future ones to axe elections or scrap the Army.

Such scaremongering fantasies didn’t trouble him in 1997 when HE did it — and swerved scrutiny over a bribery scandal engulfing his MPs.

“This case is not about Brexit,” claims Supreme Court president Lady Hale.

Pull the other one.

AFTER 20 years of negotiation, the EU’s huge trade deal with South America is vetoed by a single Austrian sub-committee.

Proving two things: That an organisation so unwieldy is virtually incapable of making trade deals and Britain will be infinitely more nimble outside it.

And that it is, sadly, delusional now to believe we could strike one with Brussels before the hated backstop kicked in.

That’s why it must be killed off.

Climate cult
AT least the “climate strike” kids mostly mean well. That’s not remotely true of the sinister doomsday cult which uses them.

These middle-class children and their parents waving twee placards are the dupes of a Marxist mob whipping up unscientific hysteria hoping to normalise their true aim: revolution.

Children can be excused of their ignorance. Not so parents and teachers. Nor politicians too timid to call them out.

Official data does NOT support apocalyptic extinction scares. And the protesters’ impossible demands, a zero-carbon world by 2030, would impoverish billions.

Their claim that our Government “ignores” the issue is simply absurd. One of its biggest wins has been to make Britain a world leader in carbon reduction.

Our emissions are vanishingly tiny compared with other giant economies. Why won’t the Tories set the record straight? They are losing the PR war.

We admire kids backing a cause. They should be in school learning the facts, not bunking off to promote extremist propaganda they have been force-fed.

As for the adults baselessly terrifying them about the future, they are despicable.
http://tiny.cc/tqugax

-  Sat Sep 21, 2019 10:46 am #586250
Well, if the government are losing the PR war, when they've got the country's best selling papers firmly on side, that doesn't say much for your influence. Possibly because the only thing you print that people have 100% trust in are the fucking football scores.
Projective Unity, Safe_Timber_Man liked this
"I've tried to think of something clever to say about Rod Liddle, but I think he's just a cunt."

THE SUN SAYS Jeremy Corbyn and his comrades can barely manage a few days at the seaside, let alone run the country

IS THERE anything more shambolic than the Labour Party Conference?

Corbyn and his comrades can barely manage a few days at the seaside, let alone run the country.

First comes the bungled attempt to oust Deputy Leader Tom Watson (though, let’s be honest, it couldn’t happen to a nicer bloke).

Next, Labour’s National Executive Committee votes for a Brexit policy that would betray 17.4 million Leave voters.


Labour reckons it would negotiate a “sensible Leave deal” – locking us for ever into the EU customs union – then pit it against Remain in another referendum. They really do think their Leave voters are thick, don’t they?

It’s a scam, giving the EU no incentive to improve the Withdrawal Agreement - and giving Brexit supporters no credible option to vote for.

Then, to appease the unions, Labour plans to end Ofsted’s rigorous school inspections - while abolishing the public schools half of them either attended or send their kids to. Class war posturing at its absolute worst.

Meanwhile, Corbyn’s senior aide has resigned, reportedly blaming a “blizzard of lies” at the top. Well, quite.

And a blizzard of hypocrisy and hopeless incompetence to boot.

For years, the Remain establishment has predicted a Brexit Doomsday.

Today, they’re wrong again. Boris Johnson and Donald Trump have agreed to a Brexit trade deal by July next year.

Imagine that! Trump is more amenable towards Brits than Verhofstadt and his unelected posse.

More eco tantrums from the Marxist front Extinction Rebellion, gluing themselves to a road in Dover.

They seem to think they will win the public over with these stunts. All they are doing is inducing road rage.

We despair, though, at London mayor Sadiq Khan constantly siding with them. Yesterday 20km of the capital’s roads closed for “Car Free Day”, causing chaos.

Remember that next time Khan moans about lack of funds to tackle knife crime.

A vegetarian barrister has suggested that eating meat could one day be illegal.

Sadly he’ll find many whippersnappers who’ll agree. But why should everyone be reduced to munching lentils?

It’s time to push back against these meat-headed bullies.

-  Mon Sep 23, 2019 1:21 pm #586395
Is that the same Michael Mansfield QC who fought tirelessly for the truth about Hillsborough?
Jack believed in the inherent goodness of humanity, and felt a deep social responsibility to protect that. Through us all, Jack marches on.

But courts should have no veto over political decisions.


They do if they're illegal political decisions.


A Don deal
For years, the Remain establishment has predicted a Brexit Doomsday.
Today, they’re wrong again. Boris Johnson and Donald Trump have agreed to a Brexit trade deal by July next year.


No they haven't but a deal with Trump is as near as you can get to a total Brexit disaster.

There's one for the teenagers.
"He's the leader of the gang. He's the top, he's the tip, he's the championship. He's Top Cat. And he's scum!"
Others? 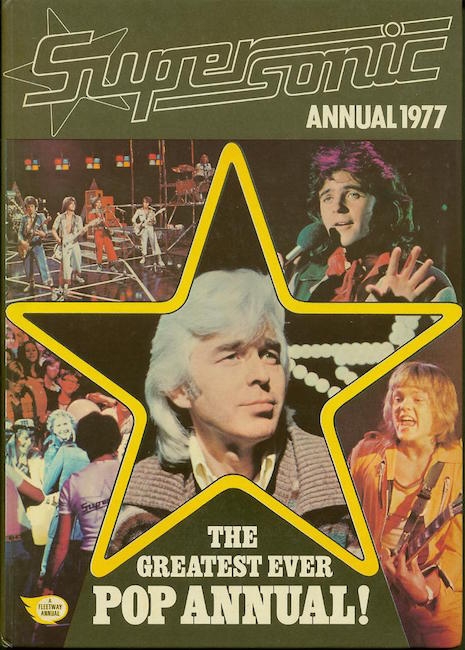 Isn't 1977 a bit bleedin' late for the Bay City Rollers and David Essex - not to mention the unrecognised bloke bottom right?

My memory of '77 is punk, disco and ABBA.
That subtle admixture of the absurd and the surreally plausible...

Been a while from that particular cliché got an airing. Presumably there was also a reference to kaftans before the sub got at it.
Ní uasal aon uasal ach sinne bheith íseal: Éirímis

Been a while from that particular cliché got an airing. Presumably there was also a reference to kaftans before the sub got at it.

Inspired by these shenanigans, Umbrian lentils and polenta-parmesan cakes for supper this evening in this hoose. (I'm still dusting off the old veggie recipes from back in the day.)
Jack believed in the inherent goodness of humanity, and felt a deep social responsibility to protect that. Through us all, Jack marches on.

Reply
Return to “News International”
31 May

It's all very reminiscent of Thatcher's strategy […]

Haven't they moved on from Selma, Alabama or other[…]

As for Corbyn he will never be a national treasu[…]

It's a risk you run. Trust your instincts. Control[…]