-  Thu Oct 10, 2019 8:19 pm #587692
Isn't this the story all along? A Tory leader produces something agreeable to the EU and gets it rejected by their headbangers, then satisfies the headbangers only to have Europe point out that it's not possible, viable or even sensible. And around and around and around we go.

It's somewhat funny to see the photos of A dePfeiff next to "pipsqueak" Varadkar, though.
Ní uasal aon uasal ach sinne bheith íseal: Éirímis

-  Thu Oct 10, 2019 9:23 pm #587694
Three years on and, for the Brexiters, nothing's changed - an achievable Brexit is undesirable and a desirable Brexit is unachievable.
Biggus Robbus, youngian, Oblomov and 2 others liked this
That subtle admixture of the absurd and the surreally plausible...

For those who find facts a bit too painful at least.

-  Fri Oct 11, 2019 5:40 am #587703
One of the reasons Brexit is so boring to those on the left is that they put in place economically nationalist governments in Europe and South America in the 70s and 80s to ‘take back control’ from international forces way beyond anything free market Brexiters could dream up. From Chile under Allende to Pasok in the early 80s Greece all these one nation protectionist experiments were a disaster in a globalised economy. There was only a fringe of myopic idiots like Corbyn and Benn that persisted with this nonsense blaming everyone but the perpetrators for these failures (Washington, Brussels, ‘the elites,’ multinationals, bankers, ‘Zionists’ etc.). But as they’re Brexiters they would say that wouldn’t they.
Timbo liked this

-  Fri Oct 11, 2019 7:00 am #587706
I may be mistaken but wasn't economic isolationism play a big part in the 1920s Wall Street crash and its knock-on effects?
Timbo liked this
You made him a poacher yourself, Squire
When you'd give not the work nor the meat
And your barley-fed hares robbed the garden
At our starving poor little one's feet


As Brexit descends into farce
Our bog paper stocks will get sparse,

And other poetic gems.
The educated differ from the uneducated as much as the living from the dead. Aristotle


Protectionism increased in the 30s which is understandable in some sectors like US banking but also an inevitable consequence of the rise of nationalism.* This led to a breakdown of post WWI attempts to build international rule based institutions like the League of Nations. I'd like to read more about this period but I think the UK was a bit of an outlier and was more open than its rivals under Baldwin and Chamberlain. That must have caused Tory Party ructions with those who wanted to retain Imperial Preference (high tariffs on non-empire goods made the UK more protectionist than most country in the early 20th century).

I recall from JK Gailbraith's The Great Crash a familiar story of over-inflated tech stocks* (General Electric and RKO with groundbreaking technology like radios and light bulbs for eg) played a part in the crash.

* But we never learn

-  Sat Oct 12, 2019 1:38 pm #587770
Also factor in laissez-faire economic policy under Harding and Coolidge, and a refusal by the major banks to raise interest rates, which encouraged increased stock speculation and over-valuation of companies. In a decade fuelled by bootleg whisky and cocaine, the big surprise is that it took so long to happen.
"There ain't nothing you fear more than a bad headline, is there? You'd rather live in shit than let the world see you work a shovel."

Up yours De Gaulle.
'If there's anything more important than my ego around, I want it caught and shot now". Douglas Adams. 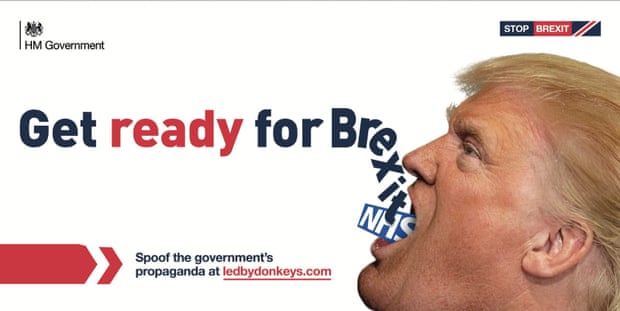 Why does this Torygraph Brexiter need cheering up?[…]

And that's just one of them.