I assume that's already in the budgets. So are Labour planning something on top of this? France has done a 3% levy (compared with the UK's 2%). Maybe that's how Labour will get more. But the problem is that the US really hate it, and have a point- who else is taxed on turnover, what about existing tax agreements? France seems to have done a deal with the US, but clearly, you have to be very careful with this stuff. It might not be the tax freebie it looks. I'm not sure Corbyn is going to be in a particularly strong position to persuade the US not to hardball.

I'm always suspicious when lots of policies which are distinct get run into one. There's a tax here, there's renationalizing and there's free access. Is it a stool with 3 dodgy legs? Though I suppose the tax thing is the least important leg of it. (metaphor crumbles).

But aren't a lot of voters saying "yeah, and a gold elephant, please" by now? Got to be a point where free stuff becomes a liability.
oboogie liked this

This is where it gets tricky but there is a route in. Ofcom data (2017-18) suggest delivery volumes of 2.4 billion items per annum within the UK. This is where either a levy equivalent to stamp duty, in the case of free delivery, or VAT can be applied. The much mooted Tobin tax is also a mechanism.

None of these would impact the retailer directly but the costs would undoubtedly be passed back to them or, at worst, shared with the private companies that deliver these goods.

That the consumer would bear them is debatable. The online retail sector is the most price-sensitive of them all.
Jack believed in the inherent goodness of humanity, and felt a deep social responsibility to protect that. Through us all, Jack marches on.

-  Sat Nov 16, 2019 10:14 pm #590740
That makes a fair bit more sense in terms of other taxes. But the US objection seems to be that it's targeting their firms unfairly. That objection would still apply to those, wouldn't it? So there could be big problems. Having said that, the US didn't start a trade war with France when it did it, so maybe there wouldn't.

Talking of which, I'm not quite clear why the US called the dogs off here.


The U.S. and France have reached an agreement to settle their differences over a French tax on big tech companies, French President Emmanuel Macron said on Monday.
France will eliminate its tax once a new international agreement on digital taxation is reached, Macron said.

I thought it was only going to be temporary anyway, What has France conceded? And agreement on this stuff is very hard. They're working on it in Paris at the moment.

-  Sat Nov 16, 2019 10:35 pm #590741
Johnson shows leadership against xenophobia and there is a particular group of foreigners he’s concerned about having aspersions cast on

This could be interesting. Fair enough, if there's a clear legal route to it.

On the other, forrins is all crooks.

Yes, I know, its about those foreigners...
"It is not enough to succeed. Others must fail." - Gore Vidal.

Yes, I know, its about those foreigners...

And Pavel. Don't forget that tri-lingual, multi-talented, intuitively educated Polish bastard who sometimes speaks forrin in Tesco.
Boiler liked this
Jack believed in the inherent goodness of humanity, and felt a deep social responsibility to protect that. Through us all, Jack marches on.

https://www.gov.uk/performance/register ... -age-group
Life goes on with or without you, it's up to you what you're gonna do.
You could go or you could stay, who cares anyway?
Others?


Remember there is one more thing you can do for Children in Need this year - don't vote for Nadine Dorries.

Watchman, The Red Arrow liked this
You can trust me - I work for the government
Others? 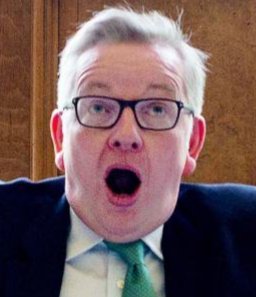 It's been suggested that the less "committed&[…]