Don't say I didn't warn you. 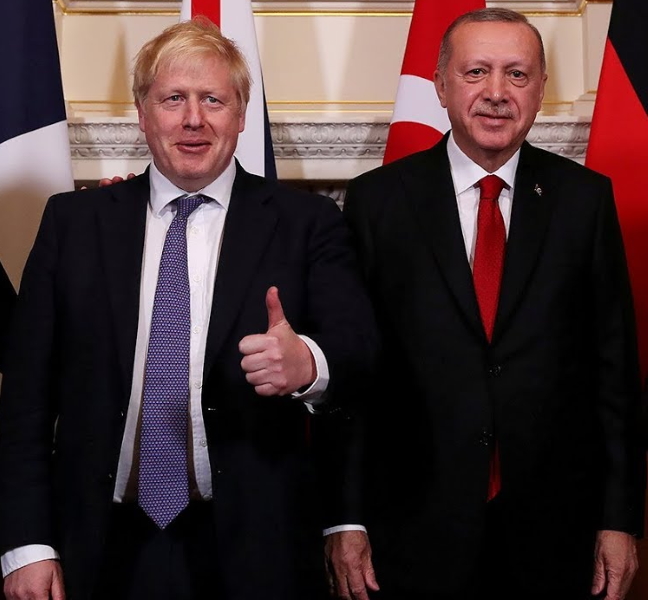 At the same stage of the 2017 campaign we at least had a handful of indications that something was afoot, whereas right now the polls merely seem to be suggesting variations of an impending Tory majority.

Feedback in 2017 felt like the Tory majority would be lower than predicted and it does now. Although this time the Tories are more likely to return with a slim majority. Or able to form a minority government with DUP abstentions and woo Labour Leavers to ram through Brexit. Tactical voters in Tory seats are the wild card but Swinson is making a big hash of things so I doubt they’ll compensate for Labour losses. We shall see next week. Either way I’m stocking up for Christmas to either celebrate the result or anaesthetise myself.
Arrowhead, Kreuzberger liked this

Tubby Isaacs wrote: ↑
Wed Dec 04, 2019 6:57 pm
It does sound high. Lots of people either have their own preference in first place or second place in their constituency. Plus there are loads of others in safe Tory seats, where no amount of tactical voting will shift anything, and you might as well for who you want. If those tactical votes are where they're needed, things could be interesting.

Applying those 55%/48% numbers to the 2017 GE results would, by my reckoning, have tipped 15 CON seats to LAB and 5 CON seats to the LDs in England alone. Tactical voting becomes much more difficult to work out in Wales and Scotland due, of course, to the presence of PC and the SNP.

However, a further 16 English CON seats would see their majority cut to three figures, including both pairs of Milton Keynes and Northamtpton seats plus 4 of the seats LAB lost to the Tories in 2017.

To be honest, it's an exercise in comparing apples & pears because there are clearly now some areas (such as Esher & Walton) where the Lib Dems have managed to establish themselves as the clear alternative despite finishing a distant third last time.
Tubby Isaacs liked this
"Patience is bitter, but its fruit is sweet" - Jean-Jacques Rousseau

Arrowhead, Andy McDandy, Samanfur and 1 others liked this
I could never die, I'm Chuck Norris.
Fuck the Government, and fuck Boris.

Tubby Isaacs wrote: ↑
Thu Dec 05, 2019 2:04 pm
Poll for the Economist finds the Tories 15 points up in Wrexham. Labour vote hugely down, with Plaid Cymru and Lib Dem up a bit. Barely enough votes to squeeze from those. Extremely bleak.

Bloody hell, that is beyond grim. Probably not helped by Ian Lucas deciding not to stand again, a problem which could plague Labour in other seats as well - Tom Watson's seat in West Bromwich immediately comes to mind.
Tubby Isaacs liked this
"Patience is bitter, but its fruit is sweet" - Jean-Jacques Rousseau

The question is , "why?" and the answer is as plain as the monogram on the PJs of Jerry Hall's husband.
Jack believed in the inherent goodness of humanity, and felt a deep social responsibility to protect that. Through us all, Jack marches on.

oboogie liked this
"He's the leader of the gang. He's the top, he's the tip, he's the championship. He's Top Cat. And he's scum!"

Monied and privileged, therefore rules don't apply.
Projective Unity, Tubby Isaacs liked this
"I am not expendable, I'm not stupid and I'm not going outside."
(with apologies)

You’d have thought Corbyn would have got the hang of this by now. Hasn’t had his afternoon nap. Who was that guitarist on the mural behind Jez?

Quite apart from anything else the larger companie[…]

The A&E department have heard almost ever[…]