youngian wrote: ↑
Fri Apr 03, 2020 10:59 am
Whereas John Major slept soundly even when Edwina ribbed him about the Cones Hotline.

Mostly because Edwina had his cock stuffed in her gob. "Cones Hotline" sounded like "GBBMMMOANESOPLIME" .
"The opportunity to serve our country. That is all we ask." John Smith, Leader of the Labour Party, 10 May 1994.

https://zelo-street.blogspot.com/2020/0 ... mment-form
"I am not expendable, I'm not stupid and I'm not going outside."
(with apologies)
Others?

The fucking nerve of this. He did shit-all for decades. Where were you then demanding he start his own party, eh?

Cyclist, Malcolm Armsteen, Oblomov and 1 others liked this

Er, the dude was leader of the Labour Party, the party most people here feel closest to, on a forum about politics in no small way, and he did a spectacularly bad job too often. So yeah, he comes to mind!

Sure, we could all just let it slide. But then I spent a lot of last night and a chunk of this morning working on some stuff for the NHS to make the best of a scenario of chronic underfunding and underpreparedness for COVID-19, so the state of this country is pretty much front and centre of my thoughts just now. And the ineptitude of the absolute boy and his cohort, his weakness in holding the Tories effectively to account, his pathetic self-centredness on Brexit, his pettiness against people who should have been allies, his hypocrisy on bigotry, his boastfulness on his own allegedly impeccable but actually deeply questionable record, his stupidity in gifting Johnson an election and his hubris in running a campaign where he and his closest allies were front and centre even in the face of endless feedback that he was immensely disliked, all contributed directly to the dire straits we’re in.

So fuck him. Absolutely fuck him, and his ‘legacy’ to us all - a mountain much higher and steeper to climb before we get back to a fairer, decent society. I would be DELIGHTED to never think of him again, but his absolute shit-show of a leadership means I end up thinking about how dreadful he was, and how much worse things are as a result, on a daily basis.
Timbo, Oblomov, lord_kobel and 3 others liked this
Others? 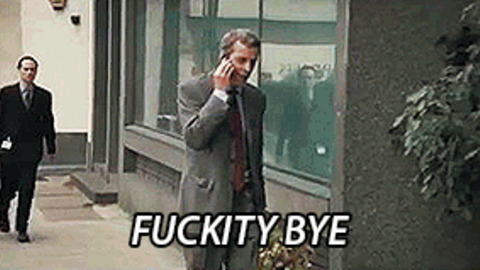 -  Sat Apr 04, 2020 12:54 pm #603595
Quick question, how does Allotment Jesus' record compare against Michael Foot and Neil Kinnock? Because the former two's tenure as opposition seem to be held in disastrous regard though it's not made clear why (donkey jackets aside).
You made him a poacher yourself, Squire
When you'd give not the work nor the meat
And your barley-fed hares robbed the garden
At our starving poor little one's feet

Nicking that.
"I am not expendable, I'm not stupid and I'm not going outside."
(with apologies)

Oblomov wrote: ↑
Sat Apr 04, 2020 12:54 pm
Quick question, how does Allotment Jesus' record compare against Michael Foot and Neil Kinnock? Because the former two's tenure as opposition seem to be held in disastrous regard though it's not made clear why (donkey jackets aside).

As leader he was very similar to Foot. Too old, too out of touch, too idealistic, encouraged extremism & factionalism, too much of an easy target for the media. The difference was that Foot was a great orator, Parliamentarian and socialist.

Kinnock had to clear up the mess Foot left and begin the modernisation process.
We've got democracy! Who needs solidarity?

Useful idiot Dan Wootton has been charged with tel[…]

Perhaps not she (Wera Hobhouse) and her husband […]

I wonder what Starmer will do about this? A Labo[…]

Enjoy, Kreuzie - but you know what's coming next[…]