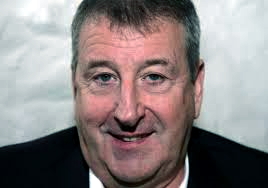 The Red Arrow is currently appearing in 'Ride Me Like Piggot'' at The Kings Theatre, Newmarket.
Others?

My mate had a theory that Florida is a melting pot for 3 different types of right lunatic;

The drug-addled, gun toting redneck
The retired wealthy corporate sociopath
Immigrants from Latin American countries that have been interfered with during the cold war

Add in the swamp heat to all of that and yeah, Florida is a scary place to be.
You made him a poacher yourself, Squire
When you'd give not the work nor the meat
And your barley-fed hares robbed the garden
At our starving poor little one's feet

Lieutenant governor Dan Patrick tells Fox News: ‘Do we have to shut down the entire country for this? I think we can get back to work’

https://www.theguardian.com/world/2020/ ... an-patrick
Watchman liked this
The Red Arrow is currently appearing in 'Ride Me Like Piggot'' at The Kings Theatre, Newmarket.


TUCSON — Protesters on the Mexican side of the border blocked for several hours on Wednesday the Mexico-bound lanes at the main border crossing in the twin border cities of Ambos Nogales, to express their displeasure with the Mexican government's response so far to the new coronavirus pandemic.

They demanded greater controls and screenings on southbound traffic at the U.S.-Mexico border out of concern that travelers from the U.S. could import new cases of the coronavirus into Mexico.

Less than a dozen people wearing face masks and carrying signs used two of their vehicles for a blockade of the two southbound lanes at the DeConcini crossing, several hundred feet into the Mexican side of the border, video taken by Mexican media showed.

Some of the signs asked U.S. residents to "stay at home." Others called on Mexican President Andrés Manuel López Obrador to step up controls and restrictions along the U.S.-Mexico border to contain the spread of COVID-19.

The number of confirmed cases in the U.S., the third highest in the world, is significantly higher than Mexico, a situation that is also true along the states on both sides of the border.

As of Wednesday afternoon, Arizona's Department of Health Services has confirmed more than 400 cases, including at least six deaths resulting from the coronavirus. All four Arizona border counties confirmed additional cases Wednesday, including Santa Cruz County, which includes Nogales.

Sonora, Arizona's neighbor to the south, has confirmed a total of four cases of COVID-19 statewide, according to state health officials. None of those cases are from Sonora's border communities.

https://eu.azcentral.com/story/news/loc ... 084001002/
"Unsubstantiated opinions, speeches, empty rhetoric and a bogus historical parallel [to the Nazis] are not a substitute for facts."
Mr. Justice Meenan, Irish High Court, 13th May 2020.

The Red Arrow is currently appearing in 'Ride Me Like Piggot'' at The Kings Theatre, Newmarket.

FMR.
"I am not expendable, I'm not stupid and I'm not going outside."
(with apologies)
Others?

A months-long investigation determined that Wilson was a potentially violent extremist, motivated by religious, racial and anti-government beliefs, according to the statement. He had planned for several months to carry out a bombing and decided to target a Kansas City-area hospital using a “vehicle-borne” improvised explosive.

Wilson chose a hospital that was providing critical care during the current coronavirus pandemic and had taken steps to acquire materials to build the bomb in an attempt to cause “severe harm and mass casualties”, according to the statement.


(CNN) A man was arrested Sunday after leading troopers on a high-speed chase with his dog sitting in the driver's seat, a spokeswoman for the Washington State Patrol said.

The man from Lakewood, Washington, hit two cars on separate occasions and failed to stop both times, leading state troopers on a high-speed chase up Interstate 5, the spokeswoman said. No major injuries were reported in either crash.
"He was driving very erratically. So erratically that multiple people called 911," trooper Heather Axtman told CNN.

The suspect was driving "absolutely recklessly," and a pursuit ensued at 109 miles an hour, she said. One of the troopers attempted to corner the suspect's car, looked inside and realized a pit bull was sitting in the driver's seat while the suspect steered, Axtman said...

"Unsubstantiated opinions, speeches, empty rhetoric and a bogus historical parallel [to the Nazis] are not a substitute for facts."
Mr. Justice Meenan, Irish High Court, 13th May 2020.

Americans grappling with the rapidly-spreading coronavirus purchased more guns last month than at any other point since the FBI began collecting data over 20 years ago. Why?

With the death toll climbing every day and most of the country under some form of lockdown, many Americans seem to be turning to guns as part of their response.

And it's not just about fears over social disorder, say experts.

The figure represents an increase of 1.1m over March 2019.

According to US media, the FBI data indicates that over two million guns were purchased in March alone.

Illinois led with nearly a half million sales, followed by Texas, Kentucky, Florida, and California.

Gun shops across the country report that they are unable to re-stock shelves quickly enough to cope with the rush.

The latest figure also tops the previous high of 3.3 million, which was set in December 2015 after the Obama administration raised the possibility of restricting assault rifles in the wake of a mass shooting in San Bernardino, California.

Why are sales skyrocketing?
According to Georgia State University law school professor Timothy Lytton, an expert on the US gun industry, most new gun sales are being motivated by two factors that have been spurred on by the coronavirus crisis.

The first is the concern that civil society - fire, police and health services - could be severely "eroded" someday, leading to a breakdown in law and order. In such a case, a gun can be viewed as a "self-help" survival tool, he says.


The second reason is concerns over so-called big government infringing on American freedoms such as gun ownership, which is enshrined in the US constitution.

"Many of the public health measures, such as shelter-in-place, restricting peoples' movements, restricting what people can buy," Mr Lytton says, "raises fears among many groups of the potential for government takeover and tyranny."

In some ways these two reasons are in opposition to each other, he tells BBC News.

New WWE fights were broadcast on Monday night, without a ringside audience.

The wrestling company had been airing pre-recorded programmes for several weeks, but Florida's Republican governor said live production could continue as an essential function.

...I understand that the original headline was "Coronavirus: WWE resumes live fights after bribing Florida Governor DeSantis" but was retracted for legal reasons.

https://www.bbc.co.uk/news/world-us-canada-52285742
"Unsubstantiated opinions, speeches, empty rhetoric and a bogus historical parallel [to the Nazis] are not a substitute for facts."
Mr. Justice Meenan, Irish High Court, 13th May 2020.

-  Wed Apr 15, 2020 11:48 pm #605508
To follow up on yesterday's news that Florida will deem pro-wrestlers as "essential workers" thanks to pressure from the WWE Chairman Vince McMahon, there has been an utter bonfire of sackings today that includes wrestlers, coaches & producers (most of them retired wrestlers), referees and announcers.

It's worth noting that Vince's wife, Linda McMahon, is in Trump's cabinet with the "Small Business adviser" portfolio, while last night Trump announced Mr. McMahon (along with UFC boss Dana White) as being part of a group that is to help "rebuild" the US economy. McMahon & Trump also go back a long way - Trump was a major sponsor of the WrestleMania 4 & 5 events in Atlantic City in 1988 & 89, while more recently in 2007 Trump was involved in a bout at WrestleMania 23 where if his nominated wrestler lost, he would have his hair shaved off. His wrestler won, meaning McMahon was shaved bald instead. Trump is also in the WWE Hall of Fame as part of their "celebrity wing".

Rumours are abound that the intervention of classing the WWE in Tampa (where their "Performance Centre" is currently putting on "shows" without any audience present for television presentation) as having their workers as "essential" was pushed by an US$18 million "donation" towards the city government, and that it is almost the end of the tax year in the USA, meaning that releasing workers now than say in a week's time will keep down their due tax bill (not entirely sure if this is correct). Either way, it's long known that McMahon is a cunt, but he's had to really, really resist the urge of using Trump's image or support on WWE television & events because even McMahon knew that with a diverse and more international audience for his product than ever, that would be an instant turn off to everyone but MAGA heads. But now, it looks like the tentacles have linked up. I don't see this ending well at all for the WWE.
"Unsubstantiated opinions, speeches, empty rhetoric and a bogus historical parallel [to the Nazis] are not a substitute for facts."
Mr. Justice Meenan, Irish High Court, 13th May 2020.

The only time I've ever seen her smile was when sh[…]

The gout I've had for the last few days has subsid[…]

You know we thought we couldn't be more fucked-ove[…]