Oblomov wrote: ↑
Fri Sep 18, 2020 12:05 pm
Is Gove just marching to Cummings' "GET BREXIT DONE" mantra or has he got previous form for wanting to harm relations with Ireland?

-  Fri Sep 18, 2020 1:32 pm #623697
Gove is Boris but better able to control his anger, penis and urges to throw latin bullshit into normal speech. Outside of that, he will say and do anything that advances the cause of M. Gove or the people paying his wages (his *real* wages, that is). If he suddenly found out supporting the GFA was beneficial to him, he'd be its biggest cheerleader and claim he never said what he said previously.

He is as polite as he is thoroughly dishonest and untrustworthy.

-  Fri Sep 18, 2020 1:40 pm #623700
Attach as much weight to it as you would, considering it's from a professional comedian and recounted in a satirical column for the Observer, but I was amused by Stewart Lee's anecdote of him running into Gove at a motorway service station, sometime post-Brexit (they were contemporaries at Oxford), and Gove looking utterly petrified of all the normal people and possibly being recognised. Anyway, according to Lee, Gove asks him how the comedy thing's going. Lee says fine, then asks how "the politics thing" is going, and Gove replies that it's fine, as if it's just another job.
"There ain't nothing you fear more than a bad headline, is there? You'd rather live in shit than let the world see you work a shovel."

-  Fri Sep 18, 2020 2:16 pm #623708
I remember that Gove In The Garden video I posted a week or so ago where he somehow displayed an even bigger misunderstanding of Game of Thrones than Dominic Raab did.
You made him a poacher yourself, Squire
When you'd give not the work nor the meat
And your barley-fed hares robbed the garden
At our starving poor little one's feet

Gove needs to clarify his "several times". Sounds to me like, "we couldn't always get it, but..."

Fair shares for all. Hate the bastards equally to the maximum your personality allows. No favouritism!
Mene, mene tekel upharsin, Johnson.
Others?

I presume Johnson was too busy writing begging letters 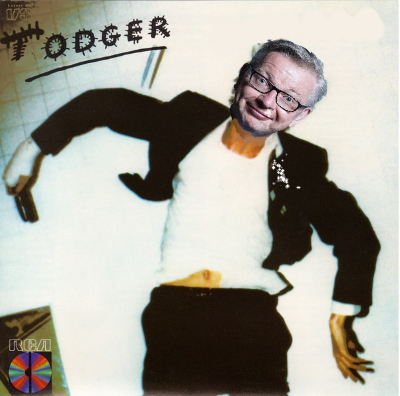 Britain should celebrate its looming break from the “anti-science and anti-innovation” approach of the European Union even if it costs its industry more in red tape, the government’s Brexit supremo Michael Gove said on Thursday.

Gove was asked in the House of Commons by an opposition lawmaker why companies in the chemicals industry should have to stump up an extra 1 billion pounds ($1.3 billion) in the midst of an economic crisis to duplicate regulation that it already has with the EU.

Gove, the minister handling Brexit divorce issues for Britain and one of the leading advocates for the break with Brussels, said extra red tape was the price of securing autonomy and independence to become more competitive in the future.

“It’s an inevitable consequence of leaving the European Union Single Market and Customs Union and freeing ourselves from the jurisdiction of the Court of Justice of the European Union that we do have to have our own regulatory systems in place,” he said.

“One of the great prizes of leaving the European Union is that when it comes to life sciences and other areas we will be free from the often anti-science and anti-innovation approach that the EU has had hitherto.”

Britain’s chemicals industry, which includes companies such as Ineos, Johnson Matthey, Croda and Synthomer, is bound to the EU by an especially dense web of laws and safety standards, and an EU products registry called Reach. https://uk.reuters.com/article/us-brita ... KKBN26M5TB

How many morons are there who will lap this crap up?

See?
"There ain't nothing you fear more than a bad headline, is there? You'd rather live in shit than let the world see you work a shovel."

even if it costs its industry more in red tape,

Wasn't doing away with "red tape" one of the reasons Gove and his mendacious cronies gave as a reason to vote Leave?

That lasted well, didn't it.
This age thinks better of a gilded fool / Than of a threadbare saint in Wisdom's school - Thomas Dekker c1598
Others?

-  Thu Oct 01, 2020 12:25 pm #625190
Anti science and innovation....I'll open with Erasmus and Galileo
Malcolm Armsteen, spoonman liked this
The world is not full of arseholes; but I always seem to encounter at least one a day!

Reply
Return to “The Government”
27 Oct

Mitch McConnell will go down as one of the greates[…]

That's the busiest part of the existing networ[…]