-  Fri Oct 23, 2020 10:54 pm #627719
Bradley is now in full gaslighting mode on FB. Funnily enough, he's blocked photo comments, after multiple people posted evidence of what he actually said on Twitter before he deleted the evidence, rather than what he's saying here: 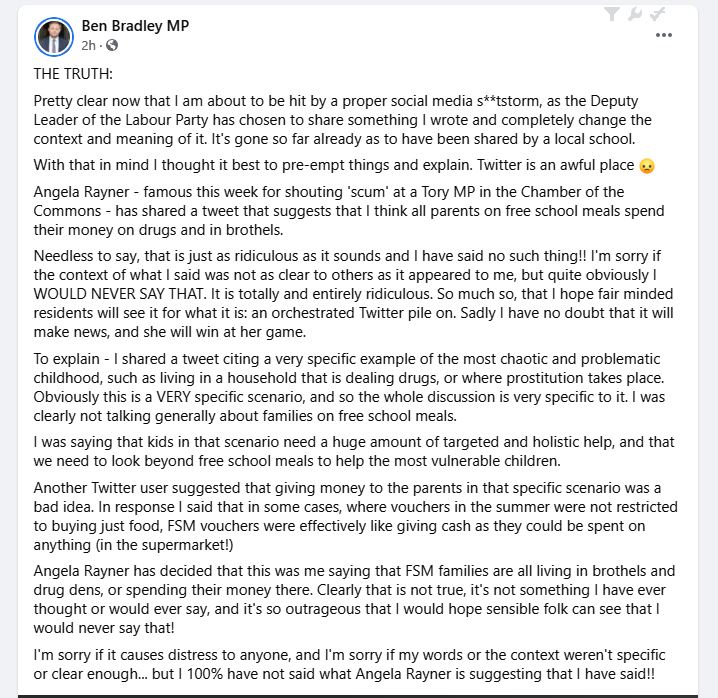 Last edited by Samanfur on Fri Oct 23, 2020 11:03 pm, edited 1 time in total.
"It is the duty of a newspaper to comfort the afflicted and afflict the comfortable."

-  Fri Oct 23, 2020 10:58 pm #627720
As someone said on there, paraphrased - the worst thing about the general election was the number of people that voted for a Tory MP who will spend the next five years shafting them.
We've got democracy! Who needs solidarity?

-  Sat Oct 24, 2020 8:07 am #627724
What an utter arsehole. Come the next election I am certain he will be out, together with several others in similar constituencies who got in on the back of Brexit
Were going to hell in a handcart, you couldn't make it up!

You know it make (common) sense.
The educated differ from the uneducated as much as the living from the dead. Aristotle

If so, then why come out with such stupid shit in the first place? Unless it's so they can retreat a bit and then say "oh look, aren't we great, we've given concessions"

Bradley, though, Just seems to be digging himself into a deeper hole almost daily. Maybe he knows he'll be out next time and has just said "fuck it"

PS, is it just me, or does anyone else think he looks like Al Murray's pub landlord character?
Were going to hell in a handcart, you couldn't make it up!

-  Sat Oct 24, 2020 10:26 am #627732
Once upon a time Tory politicians knew all that. They knew that a lot of what they believed was unpopular, so they covered it with a film or veneer of civilisation and concern. Even Thatcher could do that (although the mask slipped from time to time).

Not so with the Spawn of Thatcher, many of whom were elected last time around. They are proud of their hideous values of competition and neo-Darwinism. They flaunt it with absolute contempt for the people.

And the people seem to lap it up...

Not sure Angela Rayner is the best politician to accuse of being out of touch with realities on the ground. 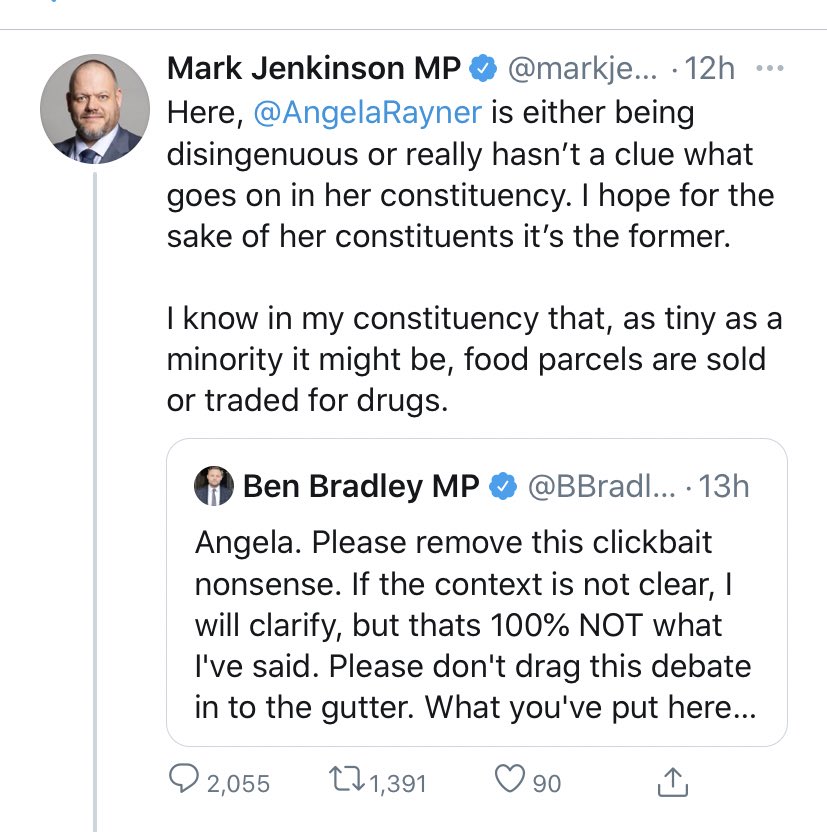 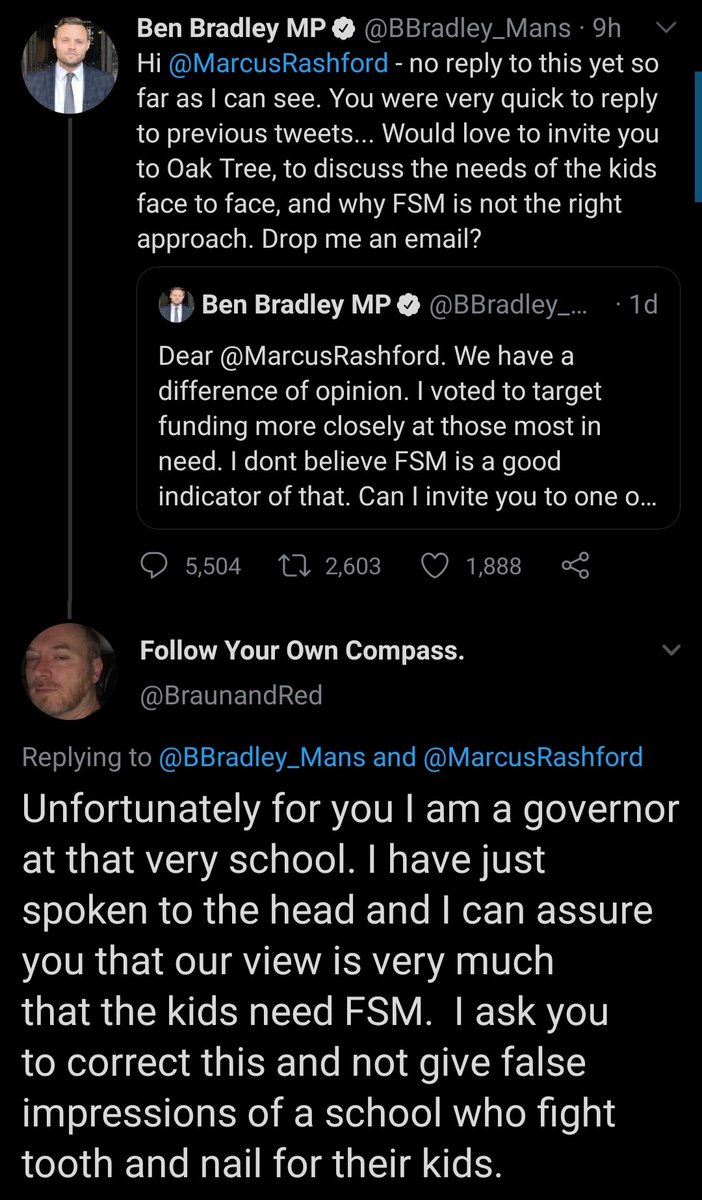 I've read the correspondence on FB. Obnoxious doesn't begin to describe him. Esther McVey is his partner. They deserve each other.
Others?