I think he'll generally keep to subjects he knows.

Malcolm Armsteen wrote: ↑
Wed Nov 11, 2020 9:36 pm
Hmmm.
I'd hope for something more constructive than commenting on things 'close to my heart'.
Perhaps learning about other stuff?
Optimistic?

I think he'll generally keep to subjects he knows.

Tiny "Cox" Moynihan's not lost any of his talent for arse kissing.
The educated differ from the uneducated as much as the living from the dead. Aristotle 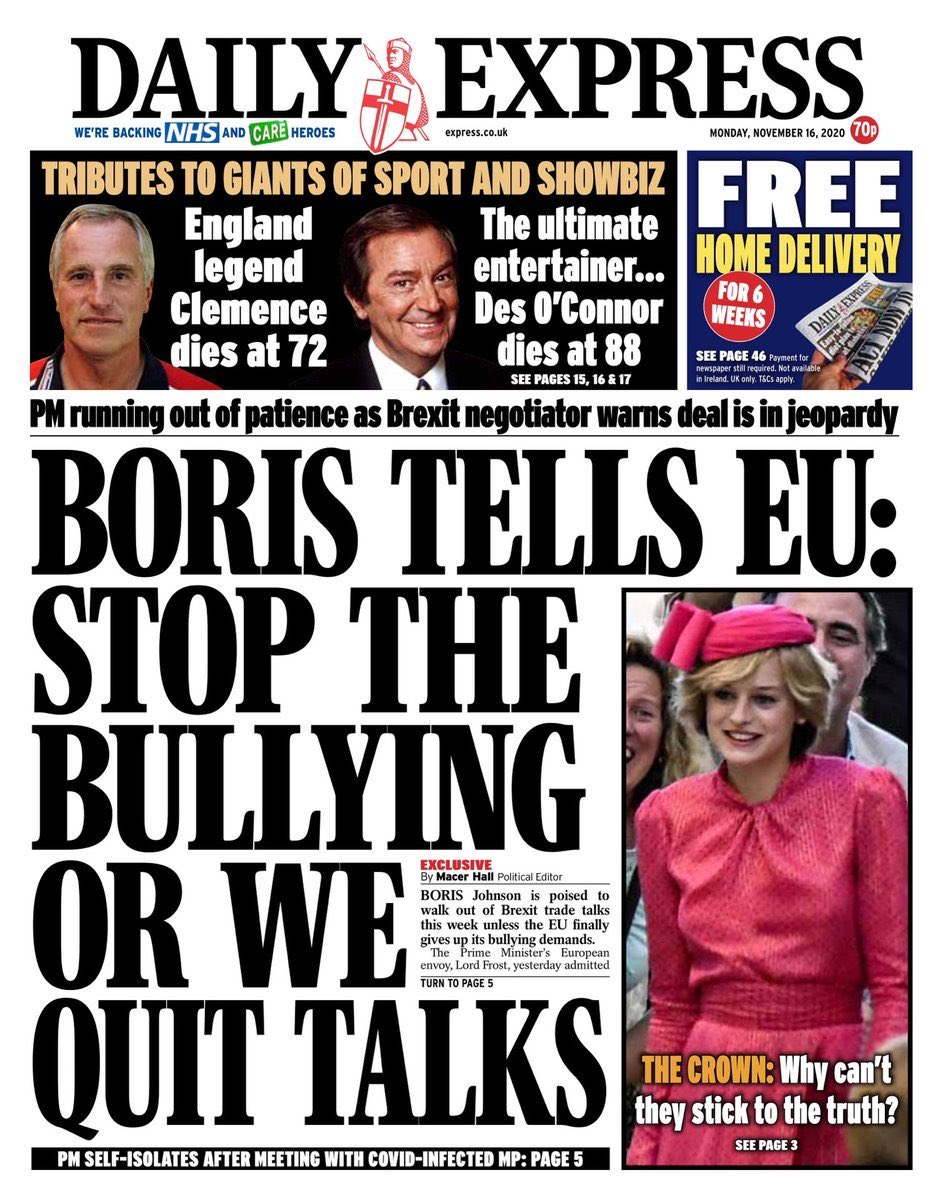 People who voted to leave were told that it would be a simple matter and that nothing major would change. All upsides etc.

That leave vote was translated into a mandate for the hardest possible option, egged on by media and political figures full of hubris and affected by the poisonous creed that sees any form of compromise, compassion or consideration as weakness. Any signs of deviation were seen as proof that the person was a secret remoaner traitor, even though their cross on the referendum ballot was indistinguishable from any other leave vote.

Anyone questioning any aspect of the process was ignored. The narrative was rewritten over and over to suggest that whatever the latest clusterfuck was, it was all part of the plan. Because admission of defeat, error, or failure is the greatest sin. Because you have to be seen to be *winning* at all times.

Everything gambled away for a suitcase of memories. A fishing industry for a picture of a fishing boat. Because nothing is worth the pride of a few.
Boiler, Bones McCoy, Oblomov and 1 others liked this
"There ain't nothing you fear more than a bad headline, is there? You'd rather live in shit than let the world see you work a shovel."

-  Mon Nov 16, 2020 10:55 am #630434
I recall fishermen who relied on JIT supply chains warn about the consequences of Brexit. Mainly small shell fish operators with direct contact with their distributors from Spain and France.

youngian wrote: ↑
Mon Nov 16, 2020 10:55 am
I recall fishermen who relied on JIT supply chains warn about the consequences of Brexit. Mainly small shell fish operators with direct contact with their distributors from Spain and France.

There were some who wanted special status for Grimsby too. Easily ridiculed, but at least they could see the problems coming.

What's that supposed to mean? Is it to mislead people into thinking they need a different type of passport photo? There's nothing about Brexit that I can find on their website. It was the borderline gleefulness of the sign particularly that made me lose my train of thought and I walked about 5 aisles further than I needed to go.