But anyway, see if I've got this straight. His plan is to lose all these state court cases, then appeal to the supreme court and his minions there find in his favour? I'm no lawyer, but I'm sure there's a flaw in this plan.
"There ain't nothing you fear more than a bad headline, is there? You'd rather live in shit than let the world see you work a shovel."

-  Mon Nov 23, 2020 11:03 am #630990
His plan seems to have been throw out a billion lawsuits, get them in front of Republican judges, and they will rule in our favour because TRUMP. And if they don't, appeal, and then eventually the SC will rule in our favour. And in the meantime try and strongarm states into simply ignoring what their voters said and put forward Trump-voting electoral college members.

The *tiny* flaw in the plan was that none of it worked. he's attempted to pull off a coup, but rather than an armed militia he's used a bunch of incompetent lawyers, his coke-addled offspring and Twitter.

I really, really hope this absolute bin fire of cowardice and open cheating, and the fact he's starting to turn on GOP suck-ups who haven't been sufficiently loyal, will push enough people in Georgia to flip the senate. Trump's gross incompetence and awfulness resulting in Mitch McConnell being binned off would be absolute poetic justice.
Timbo, Arrowhead, Boiler liked this

That's coming from a man who was caught sunbathing with his family on a beach that he'd closed to the public and proceeded to try and just brazen it out.
Ní uasal aon uasal ach sinne bheith íseal: Éirímis 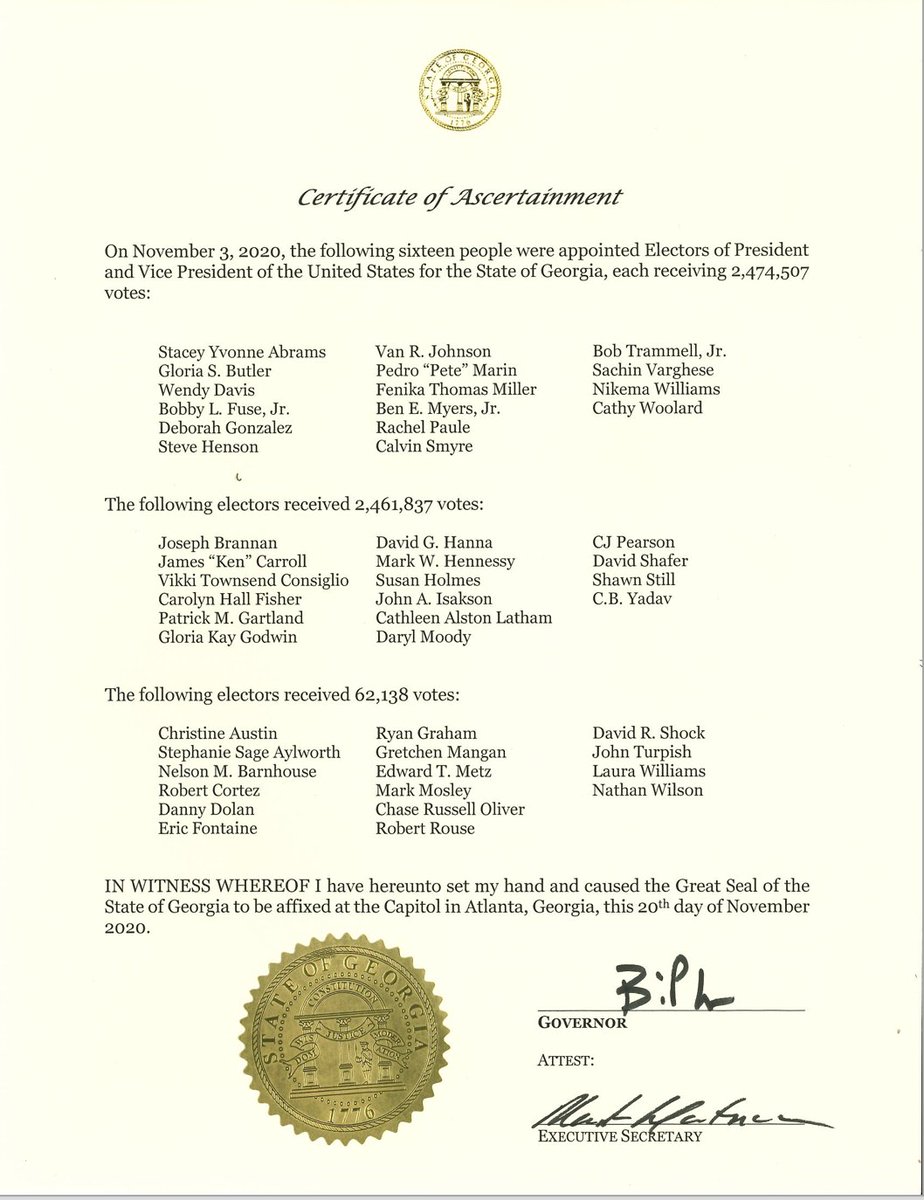 At least they don't go the whole stockings and powdered wigs act, like us Limeys.
The educated differ from the uneducated as much as the living from the dead. Aristotle

Looks like he has finally realised his goose is well and truly cooked.
"Patience is bitter, but its fruit is sweet" - Jean-Jacques Rousseau