Republicans have fought forever to get a 6:3 majority. They could piss it up the wall by handing Trump the election based on, ummm, nothing.

This could be achieved by impeaching judges or, more likely, the country seeing SCOTUS as a waste of space.
mattomac, Tubby Isaacs liked this

Looks like he has finally realised his goose is well and truly cooked.

Not conceding, but a concession. It's all over for him, and I don't see this will ever get to the Supreme Court. If I remember it would have to be referred from a lower court, and from what I see judges there are denying the right to appeal, so wek are the arguments.
In Michigan where the committee choosing the direction of delegates was put under a great deal of pressure, and where Trump had hopes that the 2 (out of 4) Republicans would declare for him (so leaving the casting vote to a Republican governor) the vote has gone 3-1 for Biden. What the contra Republican thought they were doing I have no idea...

>edit<
Clarification of the Michigan vote. Two Democrats and one Republican voted to accept the result and allocate all 16 votes to Biden, and the other Republican abstained, for fairly spurious reason. One Norman Shinkle.


The board is made of up two Democrats and two Republicans, and one of the Republican board members signaled he would oppose certifying the election result.
Aaron Van Langevelde, the other Republican board member, had not tipped his hand before the meeting, but he signaled how he would vote quickly after it got underway. Van Langevelde said that he believed he was required to certify the vote under state law, regardless of whether he believed there should be an audit of Wayne County's election results. He supported an audit, he said, but that did not mean the board should wait to certify the election first.
"We must not attempt to exercise power we don't have," he said.
Norman Shinkle, the second GOP board member, abstained from the final vote. He argued that the board should not certify the election results until an investigation into voting in Wayne County -- the state's largest, which includes Detroit -- was completed. Shinkle asked the Republican-led Michigan legislature to create a bipartisan commission to conduct a review of the 2020 election, which all board members backed, in a moment of bipartisanship. The legislature has already launched an investigation into the state's election, conducted by the House and Senate Joint Oversight Committee.
While Democratic board member Julie Matuzak supported certification, she did make a call for the state's election system to be modernized. Matuzak said that while she did not believe there was any fraud in the November election, the state needed to allow for the processing of absentee ballots earlier, modernize how poll workers and poll challengers are trained, and allow for unbalanced precincts to be recounted in order to eliminate some of the human error that still exists.

Seems that Republican donors are fed up of Trump causing them image problems so want him gone or they won't donate to the campaigns of the Georgian senators in the near-future.
“Conservatism consists of exactly one proposition, to wit: there must be in-groups whom the law protects but does not bind, alongside out-groups whom the law binds but does not protect.” - Frank Wilhoit

Seems that Republican donors are fed up of Trump causing them image problems so want him gone or they won't donate to the campaigns of the Georgian senators in the near-future. 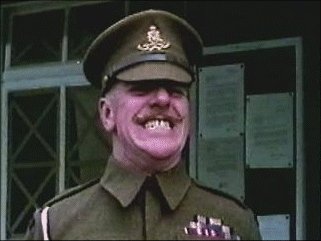 Arrowhead, Boiler liked this
The educated differ from the uneducated as much as the living from the dead. Aristotle

It was another four more years of triggering the libs to them.

That's what drives them. That's it.

Same with Brexit and "Get over it we won and you lost".

The West could be brought down by idiocy.
KevS liked this

While this isn't in any way meant to be an optimistic take, it isn't 74 million MAGA lunatics. The majority of those voters - I'd bet upwards of 75% - are people who just don't give a shit about the groups Trump was a threat to. So most likely older, well-off, white men/women who likely rarely come across a coloured face and live in (relative) luxury.

I mention this because they ultimately aren't voting *for* Trump, just *against* any tiny possibility their lifestyles or income may change. The silver lining is, these people are also *never* going to go anywhere near any sort of armed uprising.

Then there are the hangers-on - people who voted Trump because it aids their own grifts but who are only interested in that. That's another substantial chunk. And the FOX news paranoiacs who again are voting against Biden out of nebulous fear of "socialism".

Then there's the MAGA hardcore. But Trump's actual, genuine "rabid lunatic" support base is far, far smaller than it appears from numbers of votes alone.
Others?

Most Trumpers will stay home and shout at their tv, but some are crazier...

Those Milicianos know that they're 5 minutes away from being on the business end of a reverse Kent State.
They won't be martyrs to the average citizen.
And the news will tire of covering them after the first couple of plus-size coffins are planted.
The educated differ from the uneducated as much as the living from the dead. Aristotle
Others?

As does your presence here.