A good day.
kreuzberger, Samanfur, Oblomov liked this
Jesus, Mary and Joseph and the wee donkey... 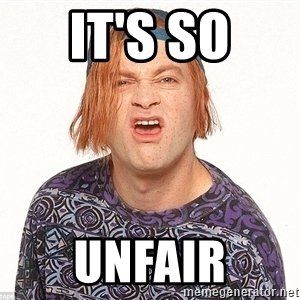 Note, not banned him.
Back (for now, anyway).

"When the free-market fundamentalist steps on a roadside bomb outside Kandahar bleeding to death,
I swear to Ayn Rand
I'll ask if he needs an invisible hand"

By Andy McDandy -  Wed Apr 21, 2021 9:40 am
-  Wed Apr 21, 2021 9:40 am #348
To a degree. At uni, my law tutor (an American) explained that the OJ Simpson trial jury had reached the verdict it had, because the defence team had framed their case as "Can a black man get a fair trial in the city of Rodney King?". If the answer is yes, then a not guilty verdict follows. Otherwise we're in wild west "We'll give him a fair hearing and then hang him" territory.

AFAICS the defence here rested on "stop being mean to cops, you don't know what pressure they're under", while holding random members of the public to a higher standard of behaviour than apparently trained police officers. Chauvin's refusal to testify on the grounds of self-incrimination wasn't helping them either. Obvious conclusion is that he's either stupid or bent.

I just hope that the message America takes from this trial is that the police have to reform and serve their entire community, and not just be a dumping ground for thugs wanting to put a bit of stick about with impunity.
mattomac liked this
"What does my death matter, if through us thousands of people are awakened and stirred to action?" - Sophie Scholl

Another Faux News journalist who's had a dignified reaction to the trial verdict.
"When the free-market fundamentalist steps on a roadside bomb outside Kandahar bleeding to death,
I swear to Ayn Rand
I'll ask if he needs an invisible hand"

Winner to be declared "King of the Tuckers".